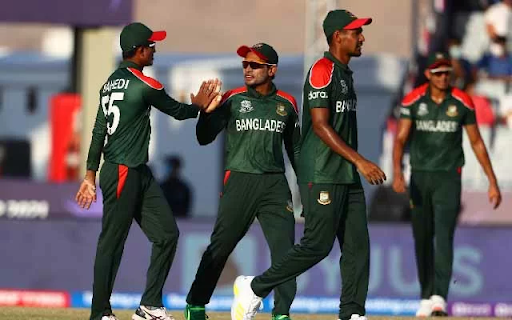 Afghanistan will play Bangladesh in a limited-overs bilateral series beginning February 23. For the two-match T20I series, the hosts chose their lineup and recalled experienced all-rounder Shakib Al Hasan, and Shakib was forced to skip the Pakistan T20Is due to injury. In the meantime, the three-time Asia Cup finalists have decided to include Munim Shahriar, an uncapped player, in their 14-man squad for the shortest format.

Following a strong showing in the Bangladesh Premier League (BPL) 2022, Shahriar hopes to make the most of his opportunities to play with Shakib Al Hasan, Mushfiqur Rahim, and Liton Kumar Das. He made 178 runs at a strike rate of 152 in six games for Fortune Barishal in the BPL 2022, finishing second after losing by one run against Comilla Victorians.

On February 25 and 28, the 2nd and 3rd ODIs will be played. The Zahur Ahmed Chowdhury Stadium in Chattogram will host all One Day Internationals. The two T20I, on the other hand, will be held at Dhaka's Shere Bangla National Stadium on March 3 and 5. In the ODIs, Bangladesh will be captained by explosive opener Tamim Iqbal, while middle-order marvel Mahmadullah will lead the T20I side.

In preparation for the Asia Cup T20 and the ICC T20 World Cup 2022 later this year, both countries will strive to make the most of their chances in the upcoming series, particularly in the shortest format. While Bangladesh has a home advantage, the Afghans should not be overlooked because they have several great players on their team who can be match-winners on their day.