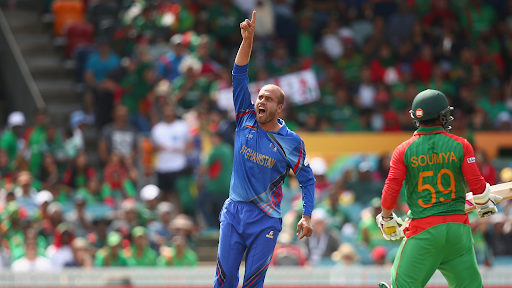 Taliban-led Afghanistan's government has named former Afghanistan all-rounder Mirwais Ashraf as acting Chairman of the Afghanistan Cricket Board. The current chairman, Azizullah Fazli, will be replaced by Ashraf.

Fazli had just been chairman for two months when he was fired. The Taliban reached this decision after consulting with Afghanistan's players in Abu Dhabi for the T20 World Cup in 2021.

Afghanistan's cricket squad was eliminated from the T20 World Cup in the Super 12 stages. The Mohammad Nabi-led squad finished fourth in Group B's points table, winning only two of their five Super 12 matches.

In the Super 12 phases of the competition, Afghanistan defeated Scotland and Namibia. After over a decade with the Afghanistan team, experienced cricketer Asghar Afghan announced his retirement from the game ahead of the 2021 T20 World Cup.

On October 1, 2016, Ashraf played his final international match for Afghanistan against Bangladesh at the Shere Bangla National Stadium.