Shoaib Akhtar: Babar Azam should win the player of the tournament.

Shoaib Akhtar: Babar Azam should win the player of the tournament. 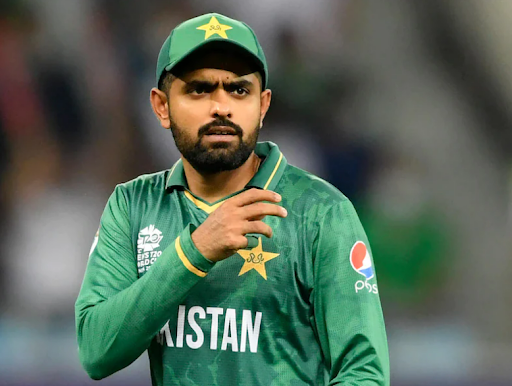 Babar Azam, the Pakistan captain, led the list with 303 runs in six innings. With 289 runs in seven innings, David Warner was the tournament's second-highest scorer.

Former cricketer Shoaib Akhtar believes Pakistan skipper Babar Azam should have won the player of the tournament award at the 2021 T20 World Cup. He didn’t think David Warner was the right choice.

Warner concluded the tournament as the competition's second-highest run scorer, trailing only Babar, and helped Australia win their first title by scoring 53 off 38 balls in the final. The Australian opener was vital in Australia's victories over Pakistan and New Zealand in two challenging encounters.

Akhtar posted on social media, and said he was very much “looking forward to see” Azam receive the award. He added that it was certainly an “unfair decision”.

Azam achieved 303 runs in six innings, the third most in a single edition of the competition. The only athletes on the list who rank higher than Azam are former Sri Lankan batsman Tilakaratne Dilshan (317 runs in 2009) and India's Virat Kohli (319 runs in 2014).

Warner surged back to form in the T20 World Cup after being dumped by SunRisers Hyderabad (SRH) in the Indian Premier League (IPL) due to his poor batsmanship. He performed well for himself to silence his skeptics after entering the tournament with few runs and doubts about his position in the national team. After several disappointing efforts from skipper Aaron Finch, Warner's emergence produced excellent results for the team and also gave much-needed control at the top of the order.

On Sunday, pursuing a target of 173, Warner and Mitchell Marsh put on a second-wicket stand of 92 runs off 59 balls, taking the breeze out of New Zealand's shoulders.

After Warner was bowled by Trent Boult in the 13th over, the match was finished by Glenn Maxwell and Marsh. In a T20 World Cup final, it was the most successful run chase ever. With an eight-wicket victory at the Dubai International Stadium, Australia cruised over New Zealand to earn their first-ever T20 World Cup title.